Your Daily Dose Of Motivation Everybody needs motivation when they failed in life while everyone want to succeed. Let me know you failure is the second name of success even legends like Thomson Edison, Elbert Einstein are failed many time in their life but they didn’t give up and now they are the legends of the world, So don’t be afraid if you fail in your first or second attempt & don’t give up then you will successfully succeed in your life.

We have collected some of the best failure quotes from legends from various web pages of google & that will motivate you to succeed in your life, So don’t forget to share with that person who afraid to failed in their life. We have collected some of the best legendary quotes for failure from various web pages of google that will motivate to be succeed in life, So must share with that person who failed in many times but won’t give up anymore.

There are no secrets to success. It is the result of preparation, hard work, and learning from failure.
– Colin Powell

Failures are finger posts on the road to achievement.
– C. S. Lewis

Success is not final, failure is not fatal: it is the courage to continue that counts.
– Winston Churchill

I can accept failure, everyone fails at something. But I can’t accept not trying.
– Michael Jordan

No man ever achieved worth-while success who did not, at one time or other, find himself with at least one foot hanging well over the brink of failure.
– Napoleon Hill

Failure will never overtake me if my determination to succeed is strong enough.
– Og Mandino

Success is the result of perfection, hard work, learning from failure, loyalty, and persistence.
– Colin Powell

The only real failure in life is not to be true to the best one knows.
– Buddha

Sometimes by losing a battle you find a new way to win the war.
– Donald Trump

An inventor fails 999 times, and if he succeeds once, he’s in. He treats his failures simply as practice shots.
– Charles F. Kettering

Think like a queen. A queen is not afraid to fail. Failure is another steppingstone to greatness.
– Oprah Winfrey

Our greatest glory is not in never failing, but in rising every time we fail.
– Confucius

Success consists of going from failure to failure without loss of enthusiasm.
– Winston Churchill

When I was young, I observed that nine out of ten things I did were failures. So I did ten times more work.
– George Bernard Shaw

A man may fail many times but he isn’t a failure until he begins to blame somebody else.
– John Burroughs

Nothing in this world can take the place of persistence. Talent will not: nothing is more common than unsuccessful men with talent. Genius will not; unrewarded genius is almost a proverb. Education will not: the world is full of educated derelicts. Persistence and determination alone are omnipotent.
– Calvin Coolidge

It is impossible to live without failing at something, unless you live so cautiously that you might as well not have lived at all, in which case you have failed by default.i
– J.K. Rowling

Failure is the condiment that gives success its flavor.
– Truman Capote

To be wrong is nothing unless you continue to remember it.
– Confucius

Far better is it to dare mighty things, to win glorious triumphs, even though checkered by failure… than to rank with those poor spirits who neither enjoy nor suffer much, because they live in a gray twilight that knows not victory nor defeat.
– Theodore Roosevelt

Anyone who has never made a mistake has never tried anything new.
– Albert Einstein

At the end of the day, you are solely responsible for your success and your failure. And the sooner you realize that, you accept that, and integrate that into your work ethic, you will start being successful. As long as you blame others for the reason you aren’t where you want to be, you will always be a failure.
– Erin Cummings

Try a thing you haven’t done three times. Once, to get over the fear of doing it. Twice, to learn how to do it. And a third time to figure out whether you like it or not.
– Virgil Thomson

It’s fine to celebrate success but it is more important to heed the lessons of failure.
– Bill Gates

Success is not a good teacher, failure makes you humble.
– Shah Rukh Khan

Part of being a man is learning to take responsibility for your successes and for your failures. You can’t go blaming others or being jealous. Seeing somebody else’s success as your failure is a cancerous way to live.
– Kevin Bacon

Honesty is the fastest way to prevent a mistake from turning into a failure.
– James Altucher

A common mistake that people make when trying to design something completely foolproof is to underestimate the ingenuity of complete fools.
– Douglas Adams

Leadership is solving problems. The day soldiers stop bringing you their problems is the day you have stopped leading them. They have either lost confidence that you can help or concluded you do not care. Either case is a failure of leadership.
– Colin Powell

Failure isn’t fatal, but failure to change might be.
– John Wooden

Your personal life, your professional life, and your creative life are all intertwined. I went through a few very difficult years where I felt like a failure. But it was actually really important for me to go through that. Struggle, for me, is the most inspirational thing in the world at the end of the day – as long as you treat it that way.
– Skylar Grey

I’ve come to believe that all my past failure and frustrations were actually laying the foundation for the understandings that have created the new level of living I now enjoy.
– Anthony Robbins

There is no innovation and creativity without failure. Period.
– Brene Brown

Failure after long perseverance is much grander than never to have a striving good enough to be called a failure.
– George Eliot

A life spent making mistakes is not only more honorable but more useful than a life spent in doing nothing.
– George Bernard Shaw

Failure is the key to success; each mistake teaches us something.
– Morihei Ueshiba

What do you first do when you learn to swim? You make mistakes, do you not? And what happens? You make other mistakes, and when you have made all the mistakes you possibly can without drowning – and some of them many times over – what do you find? That you can swim? Well – life is just the same as learning to swim! Do not be afraid of making mistakes, for there is no other way of learning how to live!
– Alfred Adler

I’m not going to get somewhere and say, ‘OK, I’m done.’ Success is never final; I’ll just keep on going. The same way as failure never being fatal. Just keep going. I’m going to the stars and then past them.
– Conor McGregor

Winners are not afraid of losing. But losers are. Failure is part of the process of success. People who avoid failure also avoid success.
– Robert T. Kiyosaki

When we tackle obstacles, we find hidden reserves of courage and resilience we did not know we had. And it is only when we are faced with failure do we realise that these resources were always there within us. We only need to find them and move on with our lives.
– A. P. J. Abdul Kalam

I’ve missed more than 9000 shots in my career. I’ve lost almost 300 games. 26 times, I’ve been trusted to take the game winning shot and missed. I’ve failed over and over and over again in my life. And that is why I succeed.
– Michael Jordan

Socialism is a philosophy of failure, the creed of ignorance, and the gospel of envy, its inherent virtue is the equal sharing of misery.
– Winston Churchill

My motto is more, ‘If you want to find something new, look for something new!’ There is a certain amount of risk in this attitude, as even the slightest failure tends to be resounding, but you are so happy when you succeed that it is worth taking the risk.
– Yves Chauvin

There are no failures – just experiences and your reactions to them.
– Tom Krause 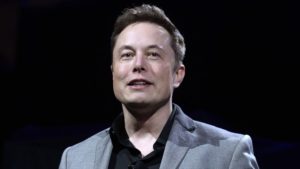 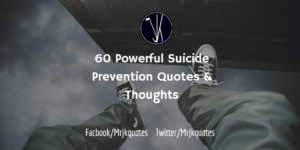 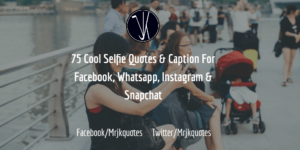 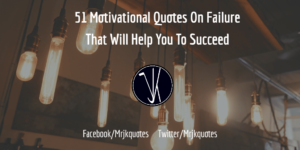 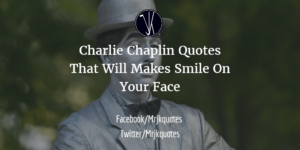 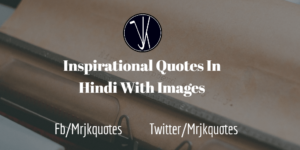 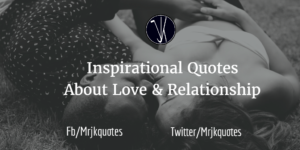 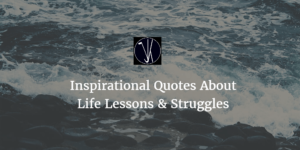 Welcome to Mr. Jk Quotes, Your Daily Dose of Motivation. Here you can get Motivational Stories, Inspiring Quotes & Best Dose for Keeping going in your daily life.

We have the best collection of Motivational Quotes & Best Inspiring Stories. I personally write & collect quotes for wiring article on this blog.